Chase Martin has lived in Austin for over 25 years, and he can’t see himself ever living anyplace else. Chase is the founder and Creative Director of therepubliq, which has been covering LGBTQ+ news and events in Austin since 2009. Additionally, he runs a small marketing company where he helps LGBTQ+ small-business owners grow their business. If that weren’t enough, you can also find Chase helping out at one of the nightclubs on 4th Street. “I’m busy as hell, and I bitch about it all the time,” says Chase. “But I love every minute of it.” 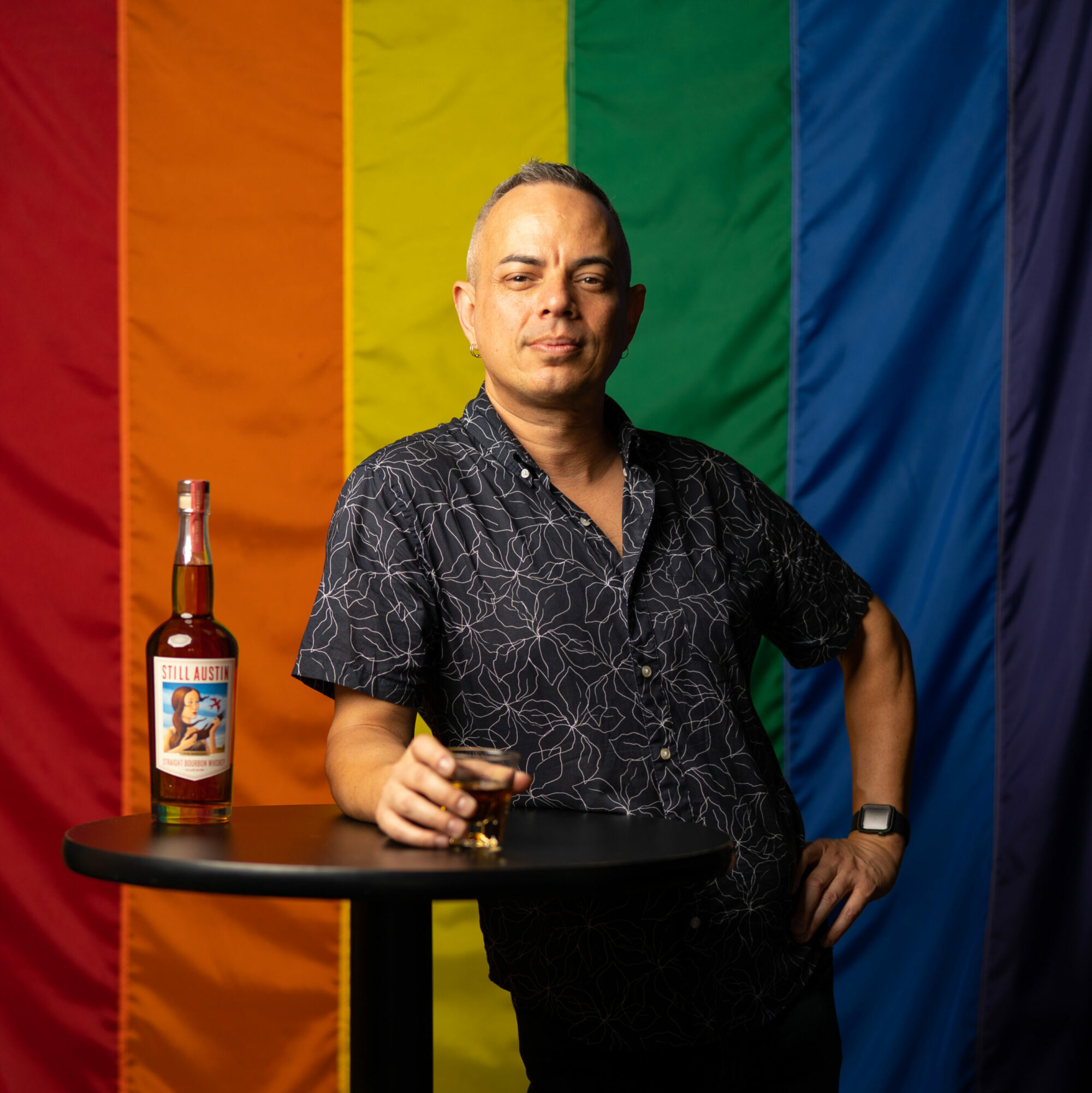 Music. My mom was a singer when I was growing up, so I was surrounded by music for most of my childhood. I love discovering new artists, and especially new queer artists. One of the first stories we posted on therepubliq was an interview with an out gay musician; to this day, music makes up a big part of therepubliq’s content. And it’s why, for most of therepubliq‘s history, we’ve hosted or co-hosted an LGBTQ music showcase each year during SXSW.

2. Tell us about a work of literature, art or journalism you feel is woefully misunderstood or underappreciated.

Books in general. Everyone is so busy these days that nobody takes the time to simply curl up with a book and get lost in the story. I really wish people would read more. Art in all its mediums, just like journalism, is a form of storytelling. Everything now is stripped down to the basics: 140-character tweets, emojis, memes, listicles, etc.

3. So much of what you do is about celebrating the arts in the LGBTQ community. For much of history, these themes existed in the artistic shadows. Do you see a line existing between LGBTQ art and mainstream art?

The line that defines LGBTQ art from the mainstream is inspiration. LGBTQ art is created as an outlet of the artist’s queer experience. Whether an expression of pride or shame, love or rage, an artist’s work – influenced by their personal experience as an LGBTQ individual – is something that most straight people might not be able to understand, but other queer people will be able to relate through their shared experiences.

We talked about music earlier, and it’s a good example. I spent some time in the Hill Country when I was younger, and I listened to country artists like Garth Brooks and Clint Black. I enjoyed their music, but it was just that – I enjoyed it. Now we have out artists like Orville Peck, who are selling out shows. I not only enjoy him, but I can relate to him and his music. That connection that queer people find when they come across LGBTQ art is essential to each of us finding our true identity and becoming our authentic self.

4. There’s definitely an art to journalism. How do you define this “art”? Where do facts end and creativity begin?

Journalism, just like art, is a form of storytelling. Whether it’s with words or images, you’re trying to convey something to your audience. Journalists work to educate their readers so that readers can make informed decisions. The Founding Fathers understood the role of the press in our society. No other profession is explicitly named and protected in the Constitution. So, what makes a good journalist? Just like any writer, it’s how they tell their story. Depending on the story, creativity can play a major role in getting the point across.

5. You’ve dedicated your life to spreading awareness of LGBTQ issues and shining a light on LGBTQ culture. What drove you to commit your life so fully to these issues and this culture?

When I first left my corporate job it was to be an independent meeting planner, focusing on the insurance and financial services industries. One year later, the financial services industry collapsed, and most of my contracts were cancelled. Luckily one of the skills that made me successful at event planning was marketing, and I was able to rebuild my business around those skills: web design, graphic design, desktop publishing. This came in handy, as many of my former coworkers had lost their jobs during the recession and wanted help starting up businesses.

Many of these friends were LGBTQ themselves, and they wanted to promote their businesses to the LGBTQ community. Unfortunately, at the time there weren’t many options to advertise beyond the typical bar rags that catered to a very small segment of the community. That led me to launch my first magazine, Q Monthly. The vision of the magazine was to cover Austin, in its entirely, through an LGBTQ lens. Just like therepubliq today, the publication was focused around events. But spacial limitations made it hard to be all-inclusive for all parts of the community. Unfortunately, I ended up having to shelve that project when my partner was diagnosed with cancer, so that we could focus on his treatments.

A couple years later I launched therepubliq as a completely online publication, something that hadn’t been successfully accomplished here in Austin at the time . . . or since, really. I was no longer limited by physical space or print deadlines, and that allowed me to cover so much more. I also wanted to make sure the publication stood out in the LGBTQ media landscape, so we focused on news and events that impact the community as opposed to popular culture.

In the 12+ years I’ve been doing this, I’ve seen our community grown and evolve. I’ve discovered parts of the community that were marginalized and underreported by LGBTQ media in the past. We’ve moved on from the “gay and lesbian” and “LGBT” tags to a more inclusive and growing list of acronyms and identifiers that try to define each of us within the community. We’re finally starting to break through the stigma of HIV and AIDS that kept us from talking openly and positively about sex.

The more I discover about the ever-changing LGBTQIA+ community, the more I find out about myself. And that’s what drives me – the hope that what I am doing helps someone to grow and evolve themselves.

6. Austin has long been a sort of “gay mecca” for Texans. What makes Austin such a thriving LGBTQIA+ city?

Austin has usually had a laid-back attitude, and I think the University of Texas is a key driver in that. The university brings a diverse group of young people, many of which were drawn here by that welcoming and accepting atmosphere. The same goes for many queer and questioning people who grew up in more conservative parts of the state, who were looking for someplace safe. Many discover themselves here in Austin, and they find it hard to find that same feeling anyplace else. So, they end up staying here and settling down. It was those people who built the Austin that draws people here to this day, and they helped lay the foundations of the LGBTQ community we see today.