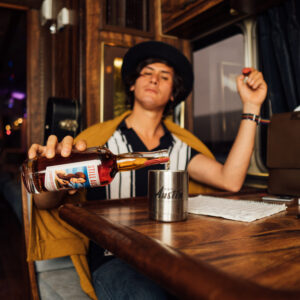 Julian Acosta has made a big name for himself recent in the Austin music scene, despite having only begun his professional music career a little over five years ago. Acosta is, in his own words, a Texas-raised gentleman and a caballero hecho en Mexico. His easy-going manner—Acosta sings, writes and banters in both Spanish and in English—makes him not just bilingual but downright diplomatic, a phenomenon underlined by the fact that Acosta studied at two different universities in two different countries. Acosta’s soulful vocal style blends perfectly with the traditional compositions of his blues-infused tunes, and his gritty disposition belies a sophisticated character with world-class potential. Acosta is, in short, a man with a vibe…. 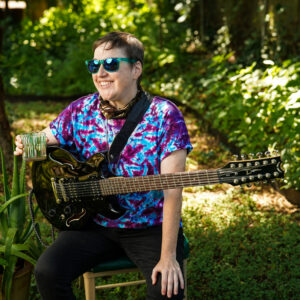 When we say we’re dedicated to the creative life, we mean it. In fact, even our accountant is a famous musician. Jenny Hoyston is a Texas-born producer, composer and DJ who spent two decades globetrotting as the vocalist/guitarist of legendary San Francisco no wave/punk act Erase Errata. These days she’s settled in Austin, releasing albums mostly under her own name. You can catch Jenny performing live with psychedelic/electronic duo Hey Jellie and DJing everything from classic country vinyl to disco-house cuts at clubs around the capital city. In her spare time, Jenny oversees the day-to-day accounting at Still Austin. … 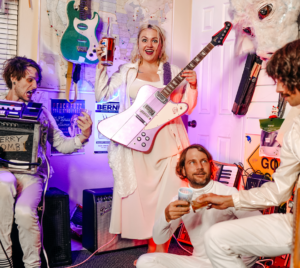 1. What gets your motor running, artistically? Traveling. When I’m able to go around and see new places, each place kind of turns me into a different version of myself. I feel like in my day-to-day life, when I get in my space, I get really familiarized with all the parts of myself that are…