Shaun Branigan has written and performed for Esther’s Follies, America’s longest-running live sketch comedy show, for 23 years. He is one of the creators of Fragile Rock, the world’s greatest and only emo puppet band, whose 2017 NPR “Tiny Desk Concert” went viral. And he has written and produced over a dozen original children’s shows for Zach Scott Theatre. He’s originally from Boston, which rhymes with Austin, so there’s a certain symmetry, no? 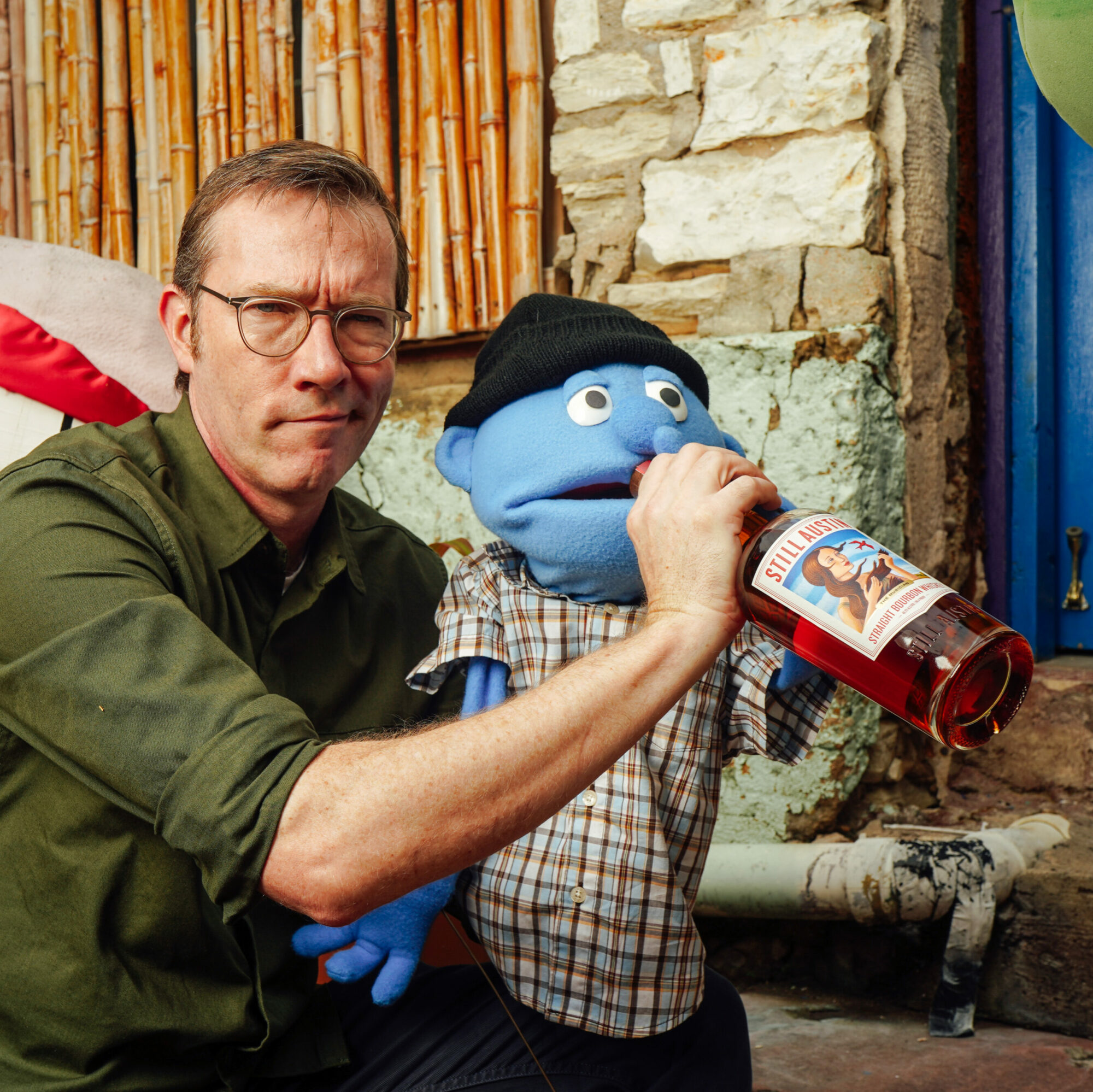 Wordless narratives. I write comedy for a living, but I love when a complicated idea can be communicated with no words at all—especially through puppetry or animation.

I’m going to reveal my inner geek here. Malifaux. Malifaux is a complicated, exquisite tabletop miniatures game that combines beautiful sculptures with the deepest rules set I’ve ever played. It’s a game that is a work of art, created by artists, and if everyone played it, I would always have someone to play with.

3. You’ve been with Esther’s Follies for a couple of decades now. How do you stay relevant in the comedy world?

Listening, mostly.  Thanks to social media, comedy can almost feel like a race: When Ted Cruz fucks off to Cancun, who can make a relevant meme the quickest? If you stay tuned in, you can (a) avoid making the easy joke that someone else has almost certainly made and (b) find the essential truth of the subject, like Ozymandias watching all those screens in Watchmen. (What up, nerds?)

4. Esther’s Follies has become an institution in Austin, following a tradition that can be traced back to Vaudeville. Why aren’t there more organizations like Esther’s in America?

I wish there were. Esther’s is a very particular product of talent and luck, but it follows a formula that should be popular anywhere. I think it reflects the dedication of our producers and performers: We keep going, every weekend, come hell or high water, and we take our status as an Austin institution as seriously as comedy people can.

5.  Esther’s is perhaps most famous for its incisive political satire. What’s the key to good satire?

I think the key to good satire is to connect two things that weren’t previously connected before. Avenue Q and QAnon. Mr. Potato Head and Colin Kaepernik. The Supreme Court and the zombie apocalypse. You get the picture.

6. What would you tell someone who’s maybe working a job they don’t love, but secretly dreams of being a performer?

Go perform. Do an open mic. Sing a song. I did a puppet show that moved from room to room in my house—only 12 people could watch at a time—but why not? Scratch the itch.

With a Death Star-shaped ice cube.

One thought on “Shaun Branigan”