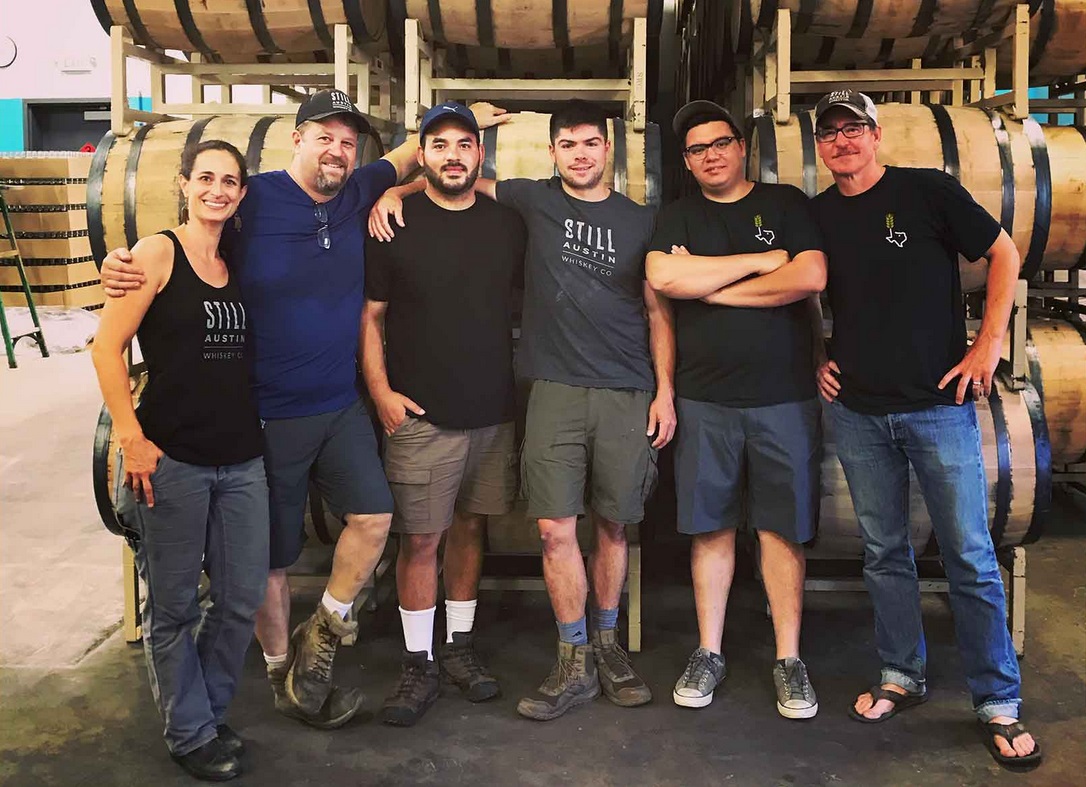 As he surveys the distillery in South Austin—after launching a batch of high-rye bourbon that’s proven far more popular in Austin than he could have dreamed, and preparing to expand across Texas with a new batch—head distiller John Schrepel is eager to share the credit. “We’ve built an amazing team here at Still Austin,” he says. “We’re all dedicated professionals; we’re all staying true to the craft. Everyone trusts and believes in what we’re doing here, which is producing the best bourbons and whiskeys and gins in this country. We are constantly striving to make the highest quality spirits we can.”

Hailing from Sugar Loaf, New York, John learned to distill in a colder region—but he has readily adapted his skill set to the Texas climate. “I’ve adjusted to the Texas heat,” he says. “And I’ve learned the benefits the heat and humidity can have on barrel aging. It’s truly remarkable. We’ve made all kinds of bourbons with different varieties of corn. We’ve made different rye and wheat whiskeys; we’re doing barrel finishing, and we’re aging gin in our X bourbon cask.”

Since his arrival at Still, Schrepel has been mentored by two industry legends: Nancy “The Nose” Fraley and Mike Delavante. Fraley has long been famous for her peerless ability to detect flavor notes; she’s also celebrated in whiskey circles as the creator of the American Craft Whiskey Aroma Wheel, a sensory tool for distillers and whiskey connoisseurs. A former chemical engineer, Delavante has ascended into the pantheon of master distillers in North America, after over half a century of work with distillers like Appleton Estate and Campari. Both Fraley and Delavante have been integral to Still’s success—and to John Schrepel’s development. “Nancy and Mike have taught me so much in the short amount of time I’ve known them,” John says. “I’m excited to continue learning from them.”

But the most fun part of all, John says, is knowing that the best is yet to come. “In the next few years, we’ll be releasing our two-year-straight flagship bourbon, our 100% rye, and so much more. I’m so excited to work with my farmers and to experiment with new grains. At Still, we love to try new things, and we’re never afraid to experiment with mashbills.”