Michael Ramos is an Austin producer, composer and musician who has toured and recorded with a vast array of artists, including John Mellencanp, the Rembrandts, Paul Simon, Robert Plant, Kris Kristofferson, Patty Griffin, Los Lonely Boys, the BoDeans, Pat Green and Lucinda Williams. He is the owner of Brown Recluse Studio, where he produces projects for others as well as his own music, film and TV scoring projects—as well as his own music project, Charanga Cakewalk. In 2016, Ramos was awarded a Latin Grammy for his studio work with Lila Downs. In addition to his successful career as a musician, composer and producer, Michael has joined Lucky Hound Music as an A&R person and staff producer. 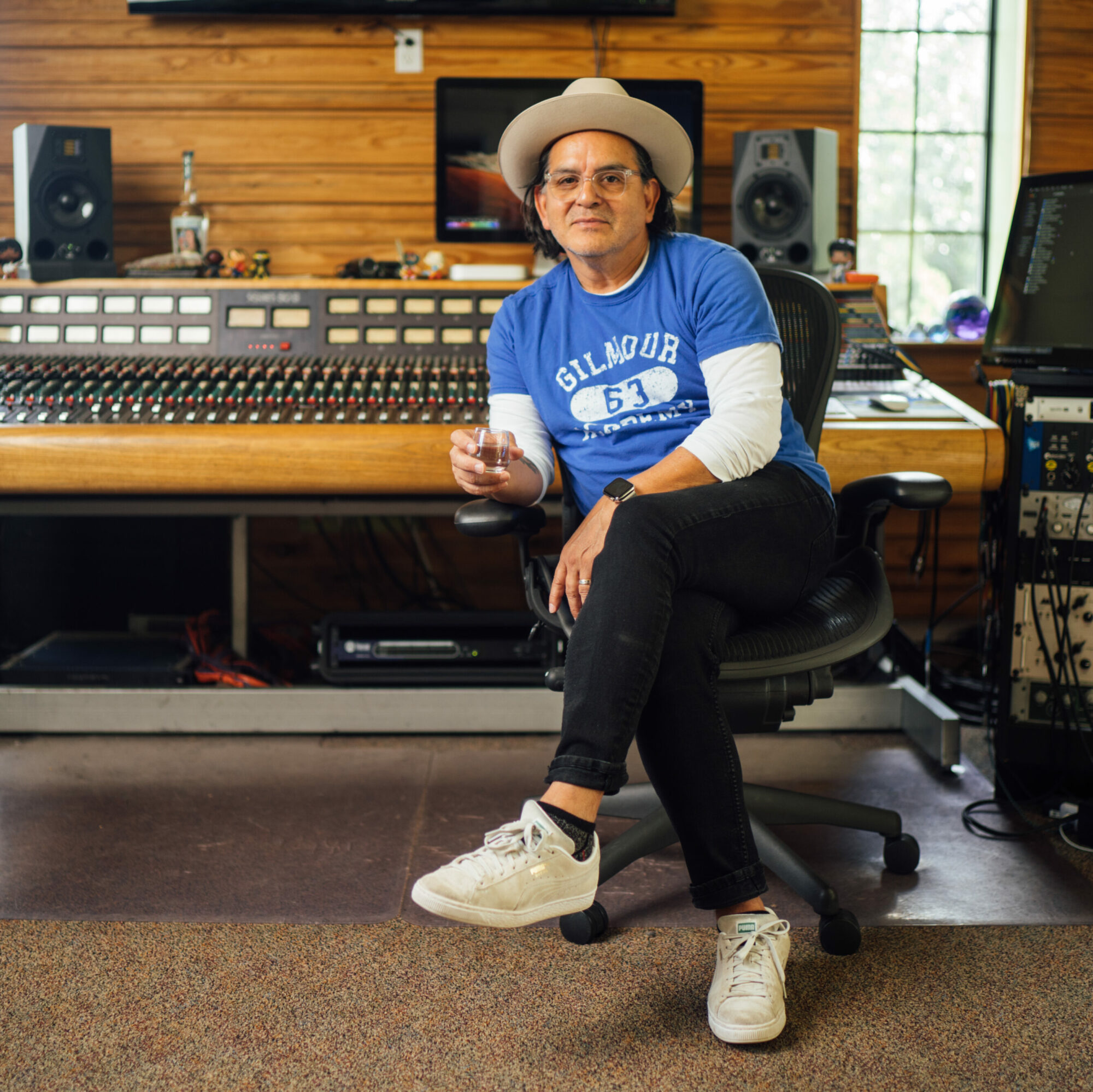 I get very excited when I hear something new and fresh. I know something is truly special when it gives me this feeling of a mini déjà vu. It will transport me to someplace far away yet familiar.

I don’t know about a specific work of art, but I feel like local musicians and artists are underappreciated and taken for granted. A musician’s life was tough even before the pandemic. I can’t fathom how tough it has been on so many hardworking songwriters and players. Heartbreaking, that’s the only word that seems to describe it. When life returns to “normal,” imagine a world without art and music. Empty. We have the future stars of the world living right here with us in Austin. Take advantage of that, and explore.

3. You’re very fond of the Austin music scene. How have you noticed Austin’s music scene changing in recent years?

Are you kidding? The Austin music scene has changed as much as our skyline! The music here has been influenced by artists that have come from other places. I think that’s a good thing. As a keyboard player and producer, at times over the years it felt like a struggle trying to get musicians to embrace new technologies: samples, loops, synths, etc. That has all changed over the last several years, and I love it. Years back, it was pretty easy for me to distinguish local acts from national ones based on their sound and instrumentation. Now, not so much. I love that. I love this city so much, and I embrace the changes. Why fight it?

4. Who are your main influences, both globally and in the local scene?

I have to start out with the Beatles because that was where it all began for me. Globally, these days I like Natalia Lafourcade, Yola, Bakar, Lady Gaga, Black Pumas, Sturgill Simpson. Locally, I love Darkbird, Dayglow, Money Chicha, the Tiarra Girls (of course!), 35mm and David Ramirez.

5. You’re a musician, but you’re also an A&R guy on the business side of things. How do you balance those two livelihoods—and do these two jobs inform or influence one another?

Ha! The struggle is real, man. I’m blessed to have a family that is forgiving when it comes to the amount of time my career takes up. When I first started out, my goal was to have a successful career but at the same time be able to have as normal a home life as possible. I am an A&R person for Lucky Hound Music, as well as a staff producer for them out at Studios At Fischer. Recently, I took on more responsibility over there as the managing director. Also, just as the pandemic was starting, my film scoring and podcast-scoring career really started to heat up. I’ve worked seven days a week ever since, but my wife has been voicing her concerns. I’m still working on the balance part, but I’ve begun to realize that working all the time is not healthy—even when I love what I do.

My work at Studios At Fischer is keeping me busy, and I’m in the 11th hour of finishing up the music for a major podcast with Futuro Media Group based in Harlem, with Maria Hinojosa. I’m also a part of another company called Blue Guitar, based in Mexico City. We released a podcast late last year called The Red Note, which went to #4 worldwide.

I take my whiskey very seriously! I’m a minimalist, so . . . on the rocks!