Happy Father’s Day! Here at Still Austin, we consider every aspect of our work to be a creative endeavor—and that philosophy leads right to the top. Brandon Joldersma is our COO, and he approaches the job of running the distillery in the way that a great artist might run an atelier. Born and raised in Holland, Michigan, Brandon worked his way up through the ranks of the beverage industry—working in both wine and cider before turning to whiskey. As Still Austin’s Chief Operating Officer, Brandon has built the distillery into one of the most successful whiskey startups in the history of Texas, with plans to expand nationwide. In the spring of 2020, Brandon and his wife Mae welcomed their first baby, and they’re loving life in Central Texas. 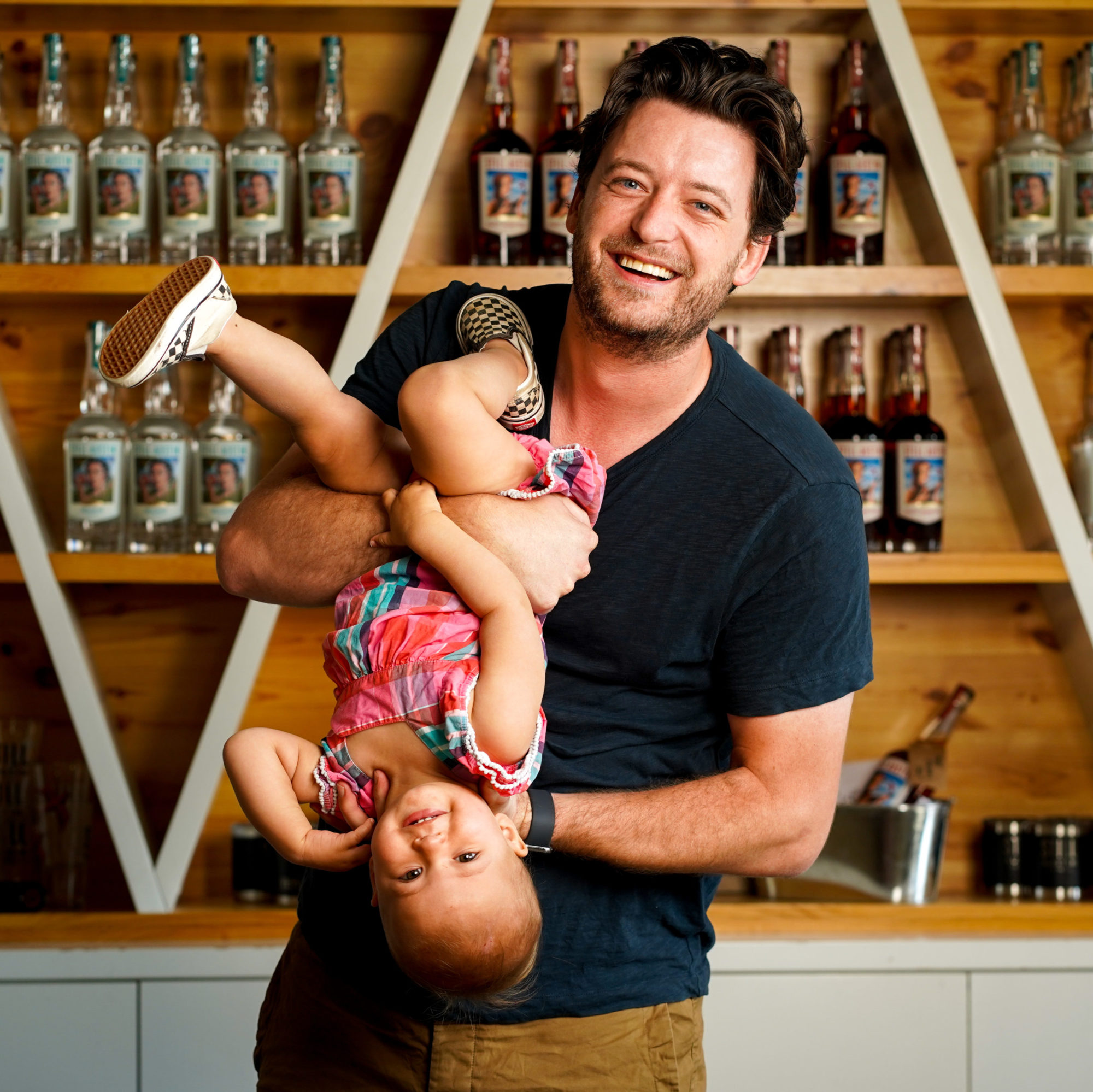 1. This is our Father’s Day blog, and you recently became a father! What have you learned about the world in your year-plus of fatherhood?

Fatherhood has reoriented me in the cliché ways. I never would have thought I’d be the type of dad to pull out my phone at just a hint of a question from someone to show recent photos of my kid. And now that she’s over a year old, I find her hilarious. And I like to tell people stories about how hilarious she is, just to find out that her genius is lost on them.

2. What gets your motor running, artistically?

Boredom. It’s the lulls in the day when I have my best ideas. But I also like to consume a lot of content. I read as much as I can find time for. Books, articles, the news, movies, TV. I have a pretty solid friend group that shares a lot of interests and passes stuff along constantly. I like to think that all my disparate interests fuel interesting ideas, when I find time for those lulls.

3. Tell us about a work of art you feel is woefully misunderstood or underappreciated.

Wine. It was a big part of the beginning of my career and still my favorite libation (shh). I don’t know that I’d call it under-appreciated necessarily, but it’s certainly misunderstood. It doesn’t need to be highbrow, snooty, pretentious, difficult. It’s the drink that’s most connected with agriculture, the land, weather and seasons. I think it’s beautiful.

4. There’s an art to making whiskey, obviously. Where does the “craft” leave off and the “art” begin?

I think the Venn diagram of “art” and “craft” is nearly overlapping circles. A stickler might say art is freeform and uninhibited, whereas craft is bound by physicality, rules, and principles. Drawing hard distinctions between these two is just petty—I don’t see the utility in doing so.

5. Have you always wanted to make whiskey? Any other dreams?

I don’t make whiskey now. There are very talented people here at Still Austin that handle that. I sometimes regret not being a real “craftsman.” I read Matthew Crawford’s Shopclass as Soulcraft when it came out 10ish years ago, and it convinced me I was going to quit my job and build furniture or something. And often I’m secretly jealous of friends and colleagues that really get their hands dirty creating wine, hard cider, and whatnot. Unfortunately I ended up being too good at making spreadsheets, and life took me in a slightly different direction…

6. What are you working on now at the distillery? What does the future hold?

We have excellent spirits, and an amazing team that’s executing across the board. Right now I’m trying to take a deep breath and think about next year and the following year. What do we need to start doing now to reach our goals there? How do we keep growing our team and maintain our culture while continuing to build towards excellence? We have some really fun Distillery Reserve Series releases coming up later this year, and a new flagship release (100% rye whiskey) coming out early next year, all of which I’m incredibly excited about.

In whatever cocktail my wife Mae has decided to make in the house. (Her cocktails are so good I had to give up making them in the house when we moved in together.)