Daniel Creamer grew up in Dallas, where he played in quite a few bands over the years. That’s how he wound up putting together The Texas Gentlemen, a band he started “with all my best buds from around town.” The group has taken the Texas indie scene by storm, with Rolling Stone calling their latest album, Floor It, “an engrossing cosmic journey of Texas boogie and psychedelic rock that plays like an aural mushroom trip.” Creamer, who now lives near the Still Austin distillery, has also launched a solo project called Dancey Jenkins. Perhaps most importantly, as he made clear to us in no uncertain terms, “I exclusively like bodybuilding content on Instagram.” 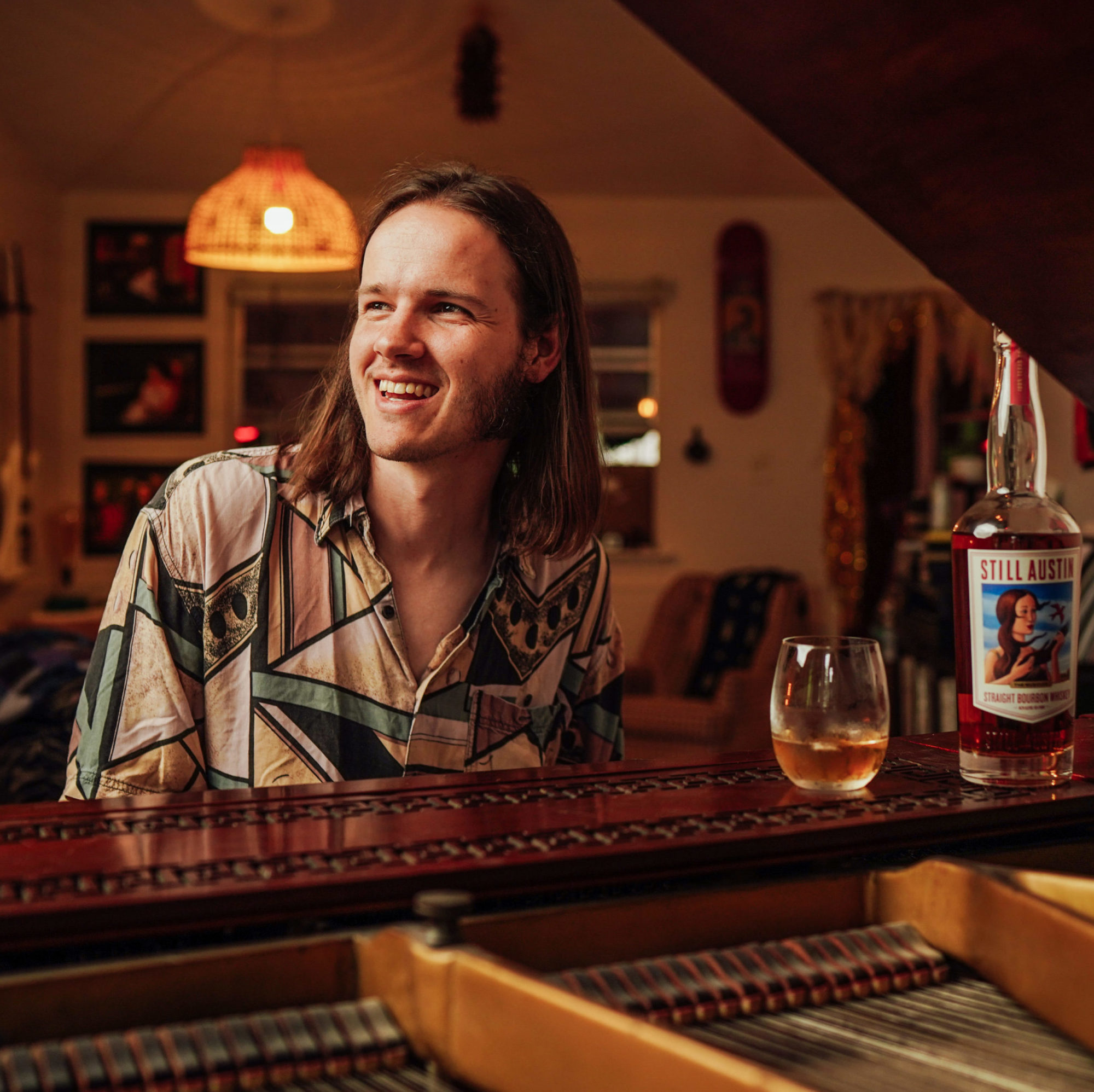 I’m a big fan of movies. I frequent The Criterion Channel and that always leaves me feeling very inspired. Typically I lean into the noir, mystery, and horror zone, but any great visual film will tend to do more to excite my creativity than even listening to a great album. I went on a Paul Schrader kick recently . . . highly recommend!

I don’t personally think art can be misunderstood because interpretation is the name of the game. However the list of underappreciated art is as long as it is awesome. Possibly my favorite album of all time is The Legendary Marvin Pontiac’s Greatest Hits, (a fictional musician created) by John Lurie, and almost no one I know has listened to it. It’s a singular artistic work that is simultaneously musically brilliant and engrossing and super weird and funny. I would love for everyone in the world to listen to that album at least once.

3. Your band is a cohesive unit made up of five guys with varied influences. What’s the key to making successful art as a group??

The key is not to let the idea of success ever enter your mind. Creativity is about opening yourself up to what can happen and trying to disconnect from your ego and expectations. So, in the context of a group it’s just about doing that same thing but making it five-dimensional. Open your mind to not only the best thing you could do, but the best thing the guy next to you is gonna come up with. If you go into it with love and respect for each other and the intention to just have fun, you can’t go wrong.

4. If you had to boil songwriting advice down to a few sentences, what would you say?

Never try to force it. Do what comes naturally, and don’t put yourself in a box. I think the most important thing that most songwriters forget is, you can go as crazy as you want and nobody is gonna give you a citation for disturbing the peace. Don’t base what you’re doing on what someone else did. The future is NOW.

5. How would you define the “Sound of Texas”?

I’d say it’s the sound of 70 acoustic guitarists playing Elton John’s “Candle in the Wind” at a beer garden at noon in 110-degree heat.

6. What would you tell someone who’s maybe working a job they don’t love, but secretly dreams of being an artist?

I’d tell them that being an artist is only really fun when it’s not a job, so do all the art you can fit into your schedule, but don’t quit that day job. Then you never have to answer to anyone, and you can make the wildest weirdest shit the world has ever seen.

On astroturf with tzaziki and a tabby cat, no ice.