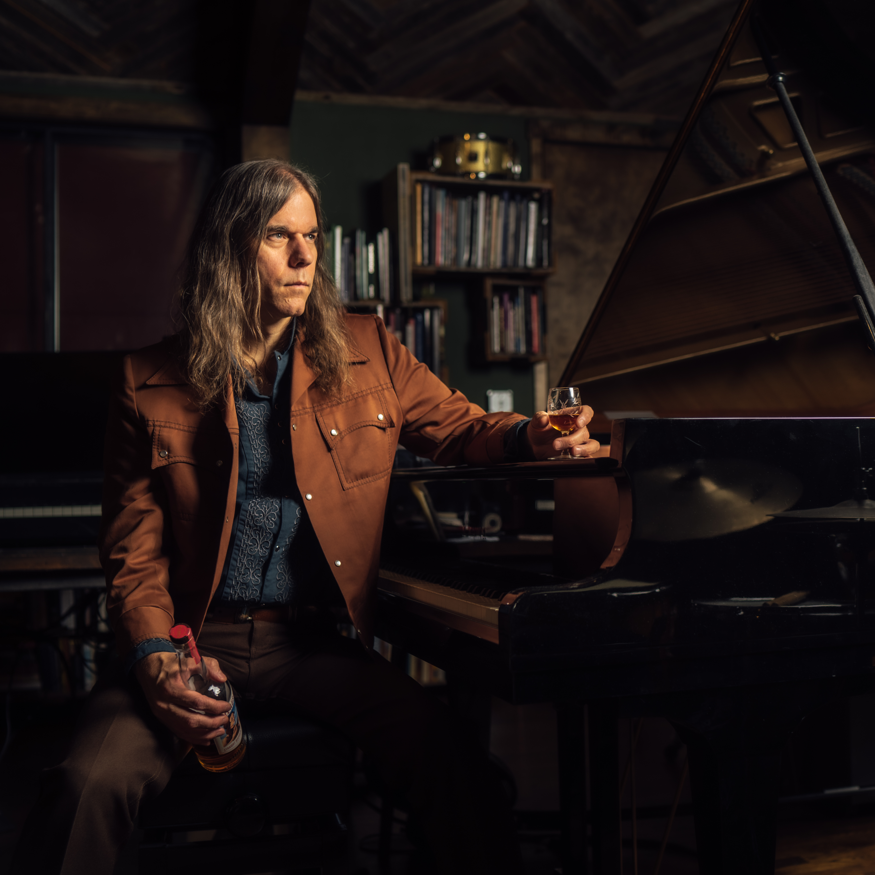 When I’m on a deadline I have a long list of simple tricks to get me going. When time isn’t a concern then learning, exploring, experimenting, and discovering is my happy place.

There are so many! But right now I’m doing a deep dive into the work and life of Fletcher Henderson, a jazz composer, player, and arranger of profound impact. You’ve heard his work with Benny Goodman, but there’s so much more.

3. You’re very big on fostering young talent. What would you tell someone who’s maybe working a job they don’t love but secretly dreams of being a composer?

Make some music! The tools have gotten so affordable and accessible, you can start making music tonight. There’s no one way to do it so figure out what works for you and fuels your passion for composing.

4. Tell us about the moment you knew you wanted to be a professional musician.

As a kid, I wanted that for long enough that I don’t remember exactly, but the clarity of that path likely came sometime in late elementary school when I started creating my own music. I toyed with other ideas, but I always came back to music.

5. You’ve been described as “the quintessential modern composer.” How has music changed in the 21st century?

To speak in very broad strokes, the 20th century was a pursuit of each artist’s personal voice, expressing their inner self, while the 21st century has returned to arts as more of a dialogue with the audience. There are countless exceptions, but those two basic trends I’ve seen.

MXTX: a Cross Border Exchange is our newest from Golden Hornet (the Marfa-based “country and classical hybrid ensemble” for which Graham is artistic director): Fifty artists from Mexico and Texas making a sample library, album, and concert. The album is coming out this fall with a premiere here in Austin, followed by Mexico City, and then Ballroom Marfa in West Texas.

First choice is usually neat. But I try not to get too stuck in my ways, so I’ll take it however you like to pour it!

Still Austin’s “The Musician” bourbon is delicious, and it doesn’t need to be in a cocktail. But who doesn’t love a good cocktail? I wanted the whiskey to be prominent, so this is a dry and strong drink. I’m not always one to name the flavors in the alcohol I’m drinking—my partner Shawn is better at that. But, with Still’s Musician I had some pretty clear thoughts: mainly an old-fashioned spice cake with some dried cherries added. I looked up the ingredients of various recipes, and you see cloves, cinnamon, all spice, nutmeg, plus vanilla, brown sugar, and nutmeg. All of that sounds like a great bourbon to me.

The foundational cocktail of all cocktails, the Old-Fashioned has been repurposed countless times. Mine is based on the Cold War Old-Fashioned that some remember, with the glow in the dark cherries and big slices of orange. Mine has just a bit of cherry liqueur and a generous amount of orange bitters instead. The whiskey is the star here. While I enjoy complicated cocktails with a bunch of ingredients, like those at some of the amazing Tiki bars around the country, on most nights I lean toward the simple, especially when making a drink at home. Needing only three ingredients and no cutting board, this takes seconds to put together. I hope you like it!

Pour over ice. Stir and serve.

The liqueur: I tested this mostly with cherry Heering, but if you have another cherry liqueur that you prefer, give that a try. You should remember that the liqueurs will vary widely in sweetness. I got some Ginjinha in Lisbon that I love, and that works great but I’m a little protective of it.

The bitters: I like Regan’s because of the orange-meets-cardamom profile. But if you have another orange bitters you like, go for it.

Stirring: How long you stir will depend on what kind of ice you put in. The smaller the ice, the less you stir. You want a bit of dilution to soften the drink—but not too much. If I have one of those big fancy single cubes, and I’m being picky, I’ll count to thirty. If the ice is crushed at all, I’ll just give it a quick stir to blend the ingredients.

Thank you to Still Austin for the support! And for the delicious whiskey.