After her electric performance on Austin City Limits last fall, the Austin American-Statesman asked: “Will Jackie Venson be Austin’s next breakout music star?” All signs point to yes. Born in Austin, Venson has spent years honing her craft. A graduate of Boston’s Berklee School of Music, Venson has dropped two EPS and three albums in recent years, each more stunning and accomplished than the last. Jackie has now rightfully claimed her place as one of the nation’s brightest rising blues stars, leading Austin 360 to name her “Artist of the Year” in 2018. 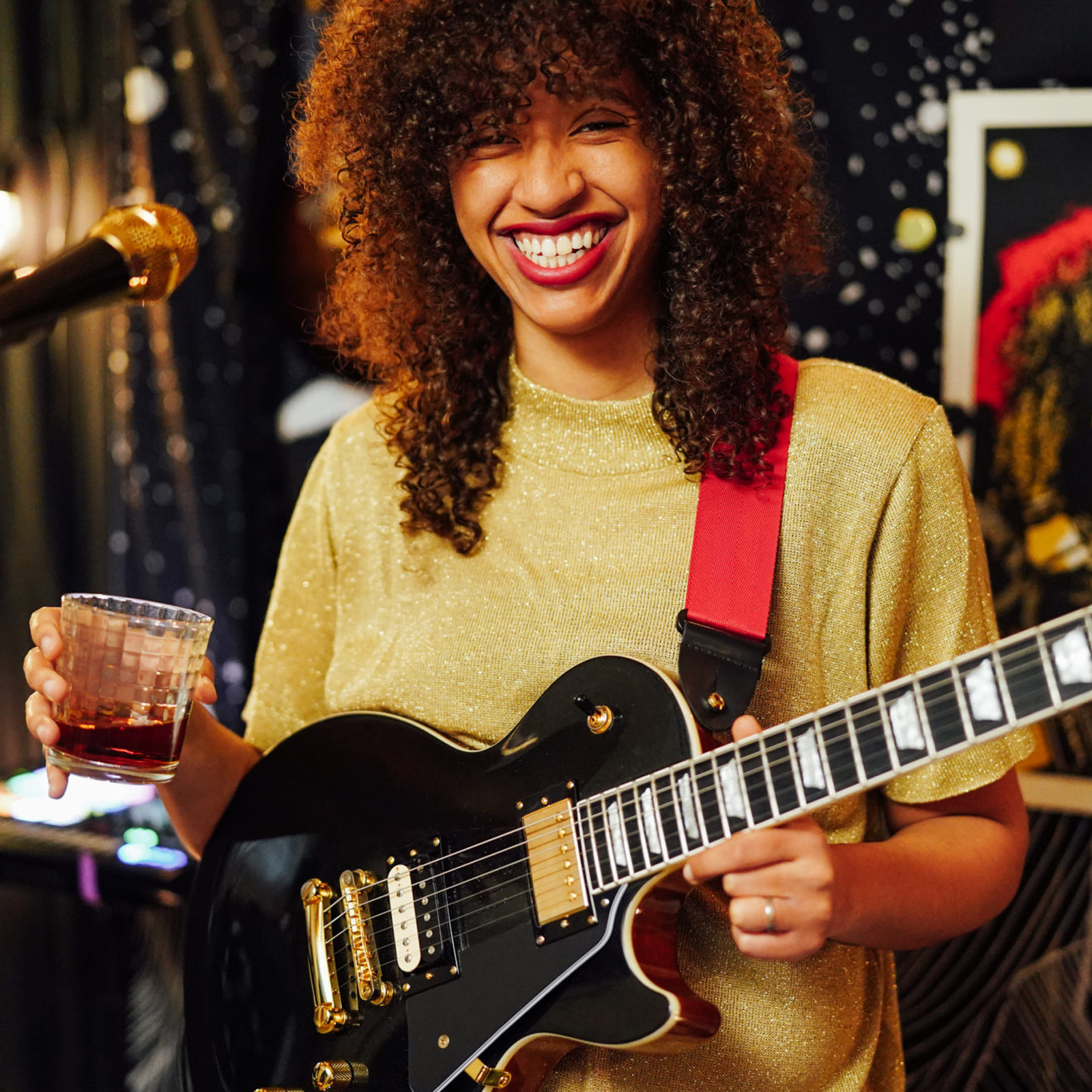 A build-up over time of emotions, experiences, and observations on the world around me and at large.

Andrew Lloyd Webber’s Evita, the film. It’s so intricately and carefully orchestrated, the genre mixing is divine, and I promise you didn’t know Madonna and Antonio Banderas could sing that well, with that much emotion, as well as convincingly act. It’s a masterpiece, and the least talked about musical Webber’s written.

3. What artist, living or dead, would you like to throw back a cocktail with? Why?

Jimi Hendrix, since he’s so worshipped in the guitar scene but so enigmatic because he died young. I’d like to hear what he thought about it all.

4. Tell us one thing you can’t do without.

Performing and practicing music. It keeps me alive.

5. How do you get out of a creative rut?

Whenever I’m in a creative mood, I record everything, from when I enter the space to when I’m done with the session, I have a standalone recorder running. When I’m in a lull, I refer back to these rehearsal tapes for inspiration.

I have two EPs and three albums, as well as a fully produced live concert movie either ready or almost ready to release. I’m just working on the release strategy so I can get the most out of all of that.

I usually just like it on the rocks with some cherries and a splash of cherry juice.