Julian Acosta has made a big name for himself recent in the Austin music scene, despite having only begun his professional music career a little over five years ago. Acosta is, in his own words, a Texas-raised gentleman and a caballero hecho en Mexico. His easy-going manner—Acosta sings, writes and banters in both Spanish and in English—makes him not just bilingual but downright diplomatic, a phenomenon underlined by the fact that Acosta studied at two different universities in two different countries. Acosta’s soulful vocal style blends perfectly with the traditional compositions of his blues-infused tunes, and his gritty disposition belies a sophisticated character with world-class potential. Acosta is, in short, a man with a vibe. 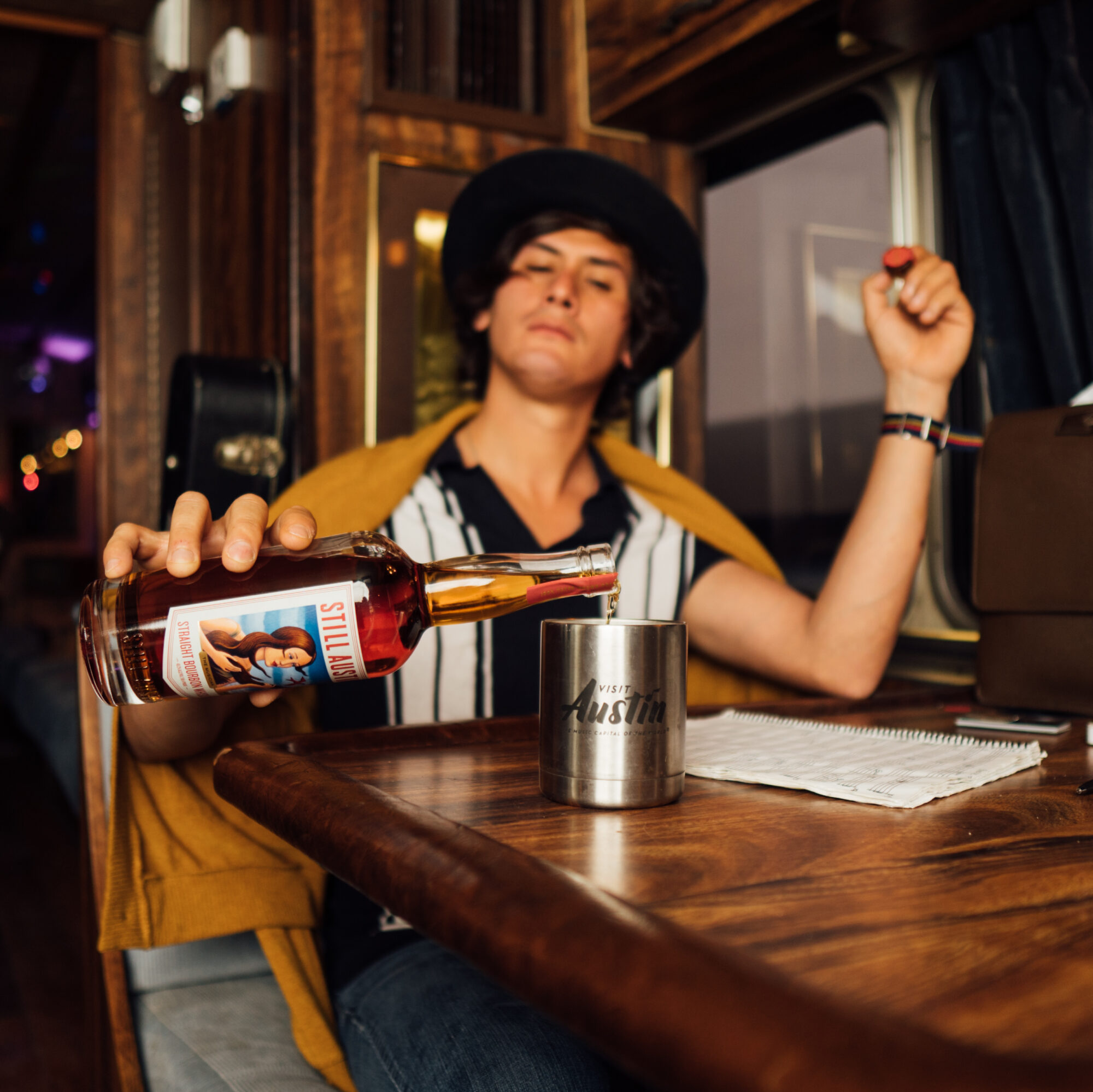 Getting me to the point where all cylinders are firing is all about balance. Balance to me is fun and discipline mixed with fine-tuned adventure. It’s organization with impulse, a whole lot of love silver-lined with a little bit of sorrow. It’s living while knowing I’m dying, deep-diving on creativity while knowing when to come up for air. A moment that reminds me of balance is, like, when it’s 11 a.m., clear and sunny, yet the moon is still present in the sky.

The art of business. The artist community rebels against business, and business fails to recognize that it can be an art. I think music can be underappreciated as an art form, too. Starting at the bottom, some musicians don’t care about or care to live the artistic appeal. Some people want musicians to play for free, or to make money by not paying the creators. Those are examples of underappreciation to me.

3. What artist, living or dead, would you like to throw back a cocktail with? Why?

Holy smokes, now that’s a great question. It would be the moment of a lifetime to pull an all-nighter, drinking bourbon and Coca-Cola with Frank Sinatra. He’s one of my favorite artists to study, and I choose to believe—to fantasize, if you will—that we could have been friends.

4. Tell us one thing you can’t do without.

5. How do you get out of a creative rut?

I support a preventative maintenance school of thought.

Musically, A Side – B Side, a mix of English and Spanish works long over overdue and ready for release. I have many songs in production and pre-production. I finally feel like an artist; that took time. Up until now, I’ve been growing, creating and developing. The future? I’ll let you know when I get there, respectfully. I can tell you I’m excited, focused, and driven, though.

With ice and a splash of spring water.