Stacey Swann’s debut novel Olympus, Texas (Doubleday) was a Good Morning America Book Club selection, an Indie Next pick, and was longlisted for The Center for Fiction First Novel Prize. Swann holds an MFA from Texas State University, and she was a Stegner Fellow at Stanford University. Her writing has appeared in LitHub, Electric Literature, Texas Highways, Epoch, and other journals. She splits her time between Austin and Lampasas, Texas. 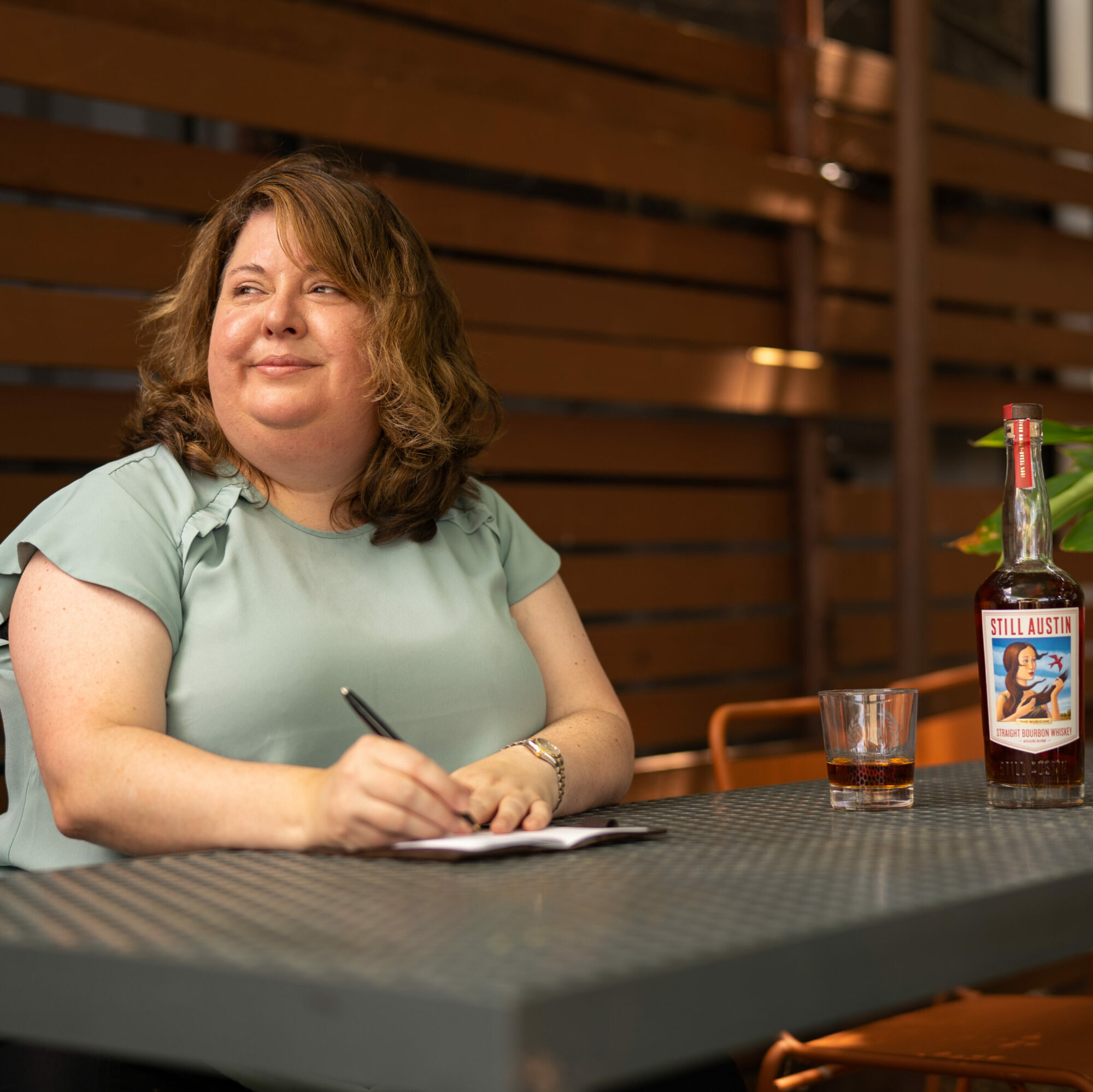 I love stories that combine ideas in unexpected ways. For my novel, what initially got me excited was imagining classical mythology in a modern Texas setting. Often, I’ll have one idea for a story, but it doesn’t really click in my brain until I think of a second, seemingly wholly unconnected idea that I can add to the first. (It’s also why my current favorite show is Severance. Is it a satire on office culture? A sci-fi dystopia? A meditation on grief? Yes and yes and yes!)

2. Tell us about a work of art that you feel is woefully misunderstood or underappreciated.

I recently re-watched Stranger Than Fiction, starring Will Ferrell, Maggie Gyllenhaal, Queen Latifa and Emma Thompson, and was once again enchanted. It’s got a top-notch script, great performances, funky set design, and even a stellar soundtrack.

3. You’re a native Texan, and you hold an MFA from Texas State. You choose to make your life here, and you set your novel here. What is it about Texas that draws you in creatively?

Since my book came out, I’ve had the pleasure of having many conversations with Texans in which we try to figure out why we love our state to the point of illogic. Perhaps it’s because it just contains SO much diversity in the landscape, in the people, in food and art and music. The novel I’m working on now feels in many ways the opposite of my first: it’s set in a Texas city, not a rural area; it’s about politics and morality rather than love and family. And yet, it feels just as emblematic of Texas to me as the first one did.

4. You’re definitely right that Texas is a very diverse state. Are there any qualities that seem unique to Texas fiction?

Though a love of setting isn’t unique to Texas writers, I do think that our fiction is more likely to have a deep centering of place than an average novel set in another state. So many book jackets of Texas novels feature an empty landscape under a huge sky. It’s like we never forget there is something bigger than ourselves out there, something that will never be entirely under our control.

5. Olympus, Texas has garnered a great deal of attention from the literary community. Yet Pulitzer-winner Richard Russo has also called the book “the most wildly entertaining novel I’ve read in a long time.” What’s the key to writing a novel that’s both “literary” and “wildly entertaining”?

Ah, it’s so subjective! One reader’s literary might be another reader’s pedestrian, and what is entertaining for one can be a snooze-fest for another. I can only speak for my own taste, but I think literary fiction combines complicated characterization with a focus on the language itself, while, at least for me, wildly entertaining novels have a lot of plot movement in them, a certain amount of humor, and take you in unexpected directions. Luckily, there’s no reason why we can’t have both camps in the same novel!

6. Your novel is so full of life: joy and heartbreak and danger and love and so many other elements. How does someone set out to write something so expansive? Did you plot it all ahead of time, or did you just let it pour out of you?

I wound up writing the first half with no specific plot in mind, got really lost and wandery for a while, then did a very rough outline to help guide me to the end. And then it took four or five major edits, the last ones with my brilliant editor, to get it to its final form.

I will never say no to a Manhattan with bourbon. Perfection in a glass.