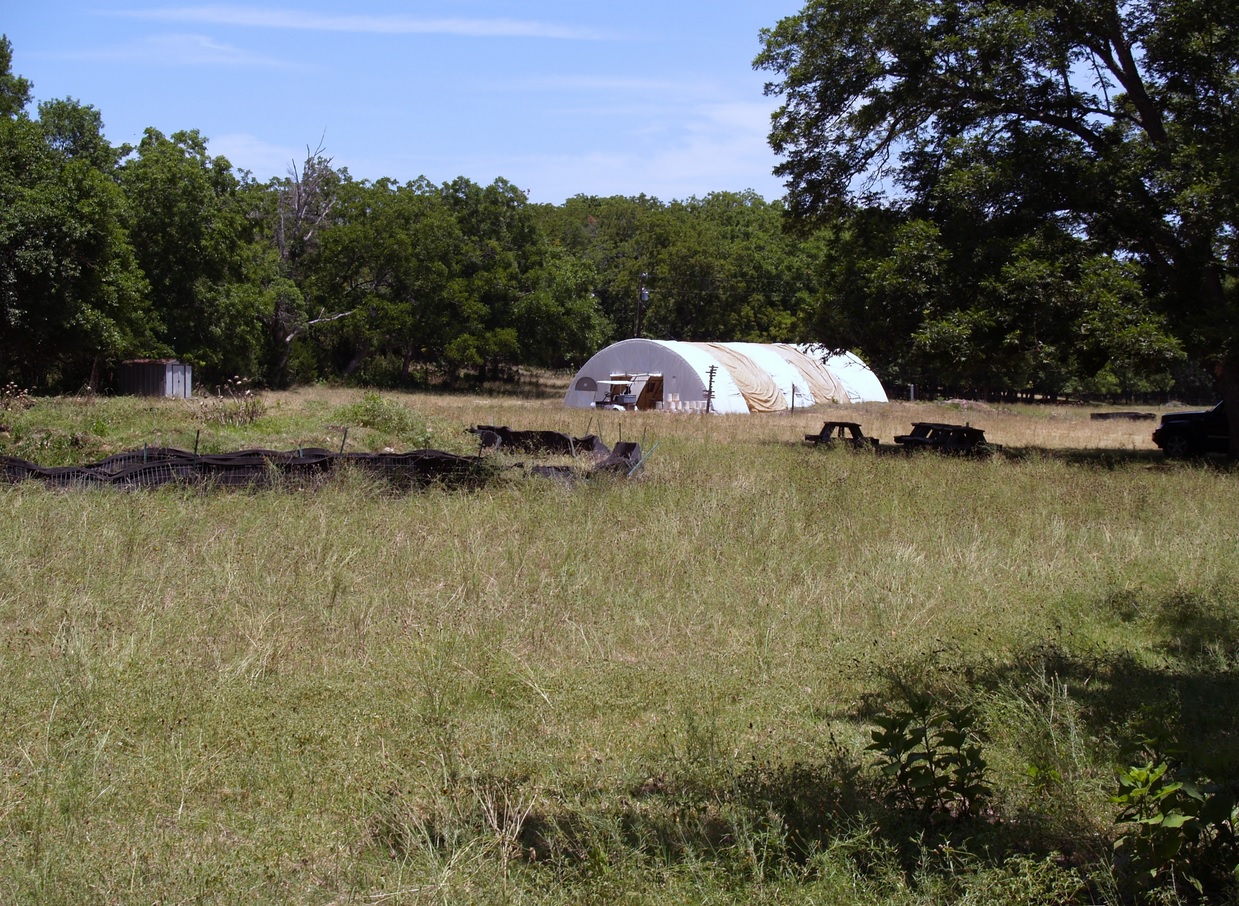 A tent covering the excavation at the Gault archaeological site.

Last year, archaeologists at Texas State University discovered what they believe to be signs of the oldest civilization ever in North America—right here in the Texas Hill Country. In fact, it appears that humans have been puttering around the Hill Country for 22,000 years. Think about that. That’s older than Willie.

Researchers at the Gault archeological site, about 40 miles north of Austin, discovered a tiny spear point and a set of sharp tools buried in the Texas silt. The archaeologists uncovered rocks that had been fashioned into hand axes, blades, projectiles and engraving tools.

Previously, researchers had dated North American civilizations back about 13,000 years, after discoveries made near Clovis, New Mexico, in the 1930s. But Texas, never happy to be bested by a neighboring state, showed that it could outdo New Mexico’s ancient-civilization-having-ness by a whopping 9,000 years. Take that, Land of Enchantment!

At Still, we like old things. That’s why we distill our whiskey using ancient, tried and true methods, with all-natural grains. We also support all lifestyles and civilizations. So, if you happen to be 22,000 years old, stop in and say hello. The first dram’s on us.